With different cultures the variety of food in India is also unimaginable. Every State in India has its signature cuisine and therefore India is delight for food lovers as no matter where they travel they can find not only the commonest of menus but also the regional cuisine peculiar to that place.

Arriving Delhi, you will clear customs and immigration. Leaving the airport, you will be met by our representative, holding a placard with your name on it at the exit. Arrival transfer to hotel. Assistance for check-in will be provided. After check-in overnight at hotel. 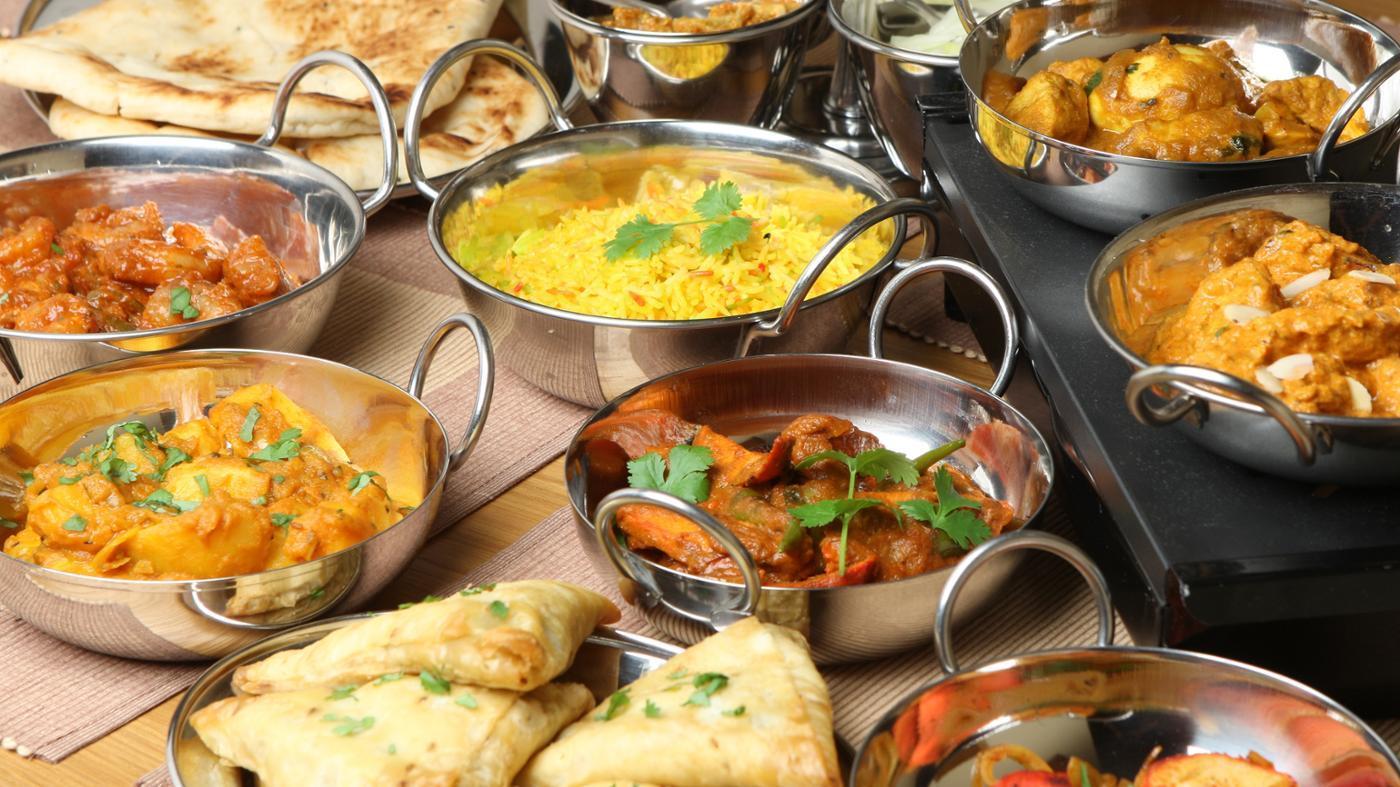 After breakfast full day city tour of Delhi which is India's bustling capital city. First of all explore the Old Delhi area on a rickshaw. Head down the principal street, Chandni Chowk, which leads from the main entrance to Red Fort. Along this busy commercial street are mosques, a church, and a number of temples.

Later on covering India Gate which is a famous war memorial at the east end of Rajpath. Alsovisit Gandhi Smriti. The residence of industrialist BD Birla has been converted into a memorial to Mahatma Gandhi, where he used to stay during his visits to Delhi. Gandhiji was assassinated here on his way to offer customary evening prayers.Later on drive past President's House, Parliament House & Secretariat Building.

Later on visit Lotus Temple(Bahai Temple) which is the newest most extravagant architectural wonder of the Bahai faith, located in Kalkaji, south of Delhi. Then, visit the beautiful Akshardham temple. The grand, ancient-styled Swaminarayan Akshardham complex was built in only five years through the efforts of 11,000 artisans and BAPS volunteers.

In the afternoon Qutab Minar which is 72.5 m in height and has a mosque at the base. It is a magnificent structure whose construction started in 1199 by a Muslim King Qutab-ud-din Aibak (after whom it was named) and was finished by his heir IItutmish.

Later on enjoy dinner at “ Karim Restaurant” , Karims is famous for their awesome chicken and mutton dishes. They have been serving impeccable ... 7 Delicious Chicken and Mutton Dishes That You Just Cannot Miss At Karim's. Overnight at hotel. (Breakfast/Dinner)

After breakfast check-out from the hotel and drive to Agra. En-route visit Sikandra. On arrival check in at the hotel. Afternoon visit the sprawling Agra Red Fort which is surrounded by a 70 feet high wall.

Later on visit Itmad-ud-daula which has a special place in the chronicles of both history as well as architecture. This is precisely because Itmad-ud-Daula is the very first tomb in India that is entirely made out of Marble. This is actually a mausoleum that overlooks the River Yamuna and is a tomb of Mir Ghiyas Beg, a minister in the court of Shah Jahan.

In the evening, head to Mehtab Garden for a unique view of the Taj Mahal from across the Yamuna river!

Later on enjoy dinner at “Peshawari” the restaurant at Hotel ITC Mughal, to taste Mughal cuisine. Some of the traditional dishes are Biryani: a dish of meat and rice, Rogan Josh: hot lamb curry dish cooked in butter and spices, Murga Musalam: pieces of chicken cooked in white cashew and almond sauce. Overnight at hotel. (Breakfast/Dinner)

After an early breakfast, check-out from the hotel and drive to Jaipur. En-route stopping at deserted capital city of Fatehpur Sikri. This abandoned capital of the Mughals is a perfectly preserved city at the height of the empire’s splendour. The city divided into religious and secular parts has interesting well-sculpted buildings.

Arrive Jaipur and check-in into hotel.  In the evening we have arranged a special dinner at “Chokhi Dhani” an Rajasthani Ethnic Village Resort where you can savour the taste of RAJASTHANI CUISINE with Folk Dances , Other attractions are CAMEL RIDES,PUPPET SHOW, MAGICIAN, FORTUNE TELLER and VILLAGE CRAFTS. Overnight at hotel. (Breakfast/Dinner)

After breakfast full day sightseeing of Jaipur which is an exuberance of color, dance, and song with the traditional arts and crafts. Covering Amer Fort - The royal family's residence at Amber is only 11 km away. Set on the dry wrinkled Aravali Hills, and surrounded by fortified battlements, the palace straddles two sepia-hued tundra hills overlooking Maota Lake, and its sprawling crenellated walls lattice the surrounding hills. Your guide will elaborate on the history of this architectural masterpiece with its mirror-studded alcoves, dazzling mosaics and water-cooled swings that delight today’s visitors as they did their former royal residents.

Later on visit Hawa Mahal or "Palace of Winds," one of the major landmarks of Jaipur, although it is actually little more than a facade. City Palace which is blend of Mughal and Rajasthani architecture and the royal family still lives in a part of the palace. Adjacent to the City Palace is Jantar Mantar, the ancient astronomical observatory built by Raja Jai Singh, whose passion for astronomy was even more notable than his prowess as a warrior.

In the noon experience the delights of our food, know the special ingredients of Indian food and take cooking class. The Indian Cuisine is also gaining more popularity due to the rich taste, exotic flavor and healthy preparation. Indian cuisine has a very good taste which is designed not only to satisfy the taste buds but also the human psychology. The Indian cuisine is easy to prepare, tasty and can be prepared in less time. Also enjoy lunch during the cooking class. Rest of the day free to relax at your hotel. Overnight at hotel. (Breakfast/Lunch)

Afternoon half day city sightseeing of Mumbai. Covering The Gateway of India which is Mumbai's most famous landmark, The Gateway of India, is situated at Apollo Bunder. It was designed by George Wikket. It was built to commemorate the visit of King George V and Queen Mary to India in 1911. Through this magnificent monument, numerous viceroys and governors were welcomed to India as they disembarked from their steamers, hence the name. After that visit The Prince of Wales Museum - This museum stands not too far from the Gateway of India. It has a priceless collection of art, sculpture, china and other antics. Carefully presereved, this mid-Victorian Gothic style building built in 1904 with beautiful gardens surrounding it, is worth visiting in Mumbai.

In the evening we have arranged dinner at sea food restaurant in Mumbai. Overnight at hotel. (Breakfast/Dinner)

After breakfast you will be taken for a short trip to Elephanta Caves - 9kms by sea by Motor Boat. These 7th  century rock - cut temples are dedicated to Lord Shiva. An epitome of Hindu cave culture, Elephanta consists of seven caves of which the most notable is the Mahesa-murti cave. It has a very impressive size with a main body of 27 meters square supported by rows of six columns each. Take a Boat Ride to Elephanta Caves.

In the evening we have arranged your dinner at "Khyber" , famous for its Mughlai cuisine and tender kebabs. Overnight at hotel. (Breakfast/Dinner)

After breakfast check-out from the hotel and transfer to the airport to board flight for Goa. Meeting and assistance on arrival and transfer to Resort. Dinner at A Reverie - Fine Cuisine. They say 'If you are a foodie and you are in Goa, then its a crime to miss this place'. This is one of the finest fine dine restaurant in Goa. Overnight at hotel. (Breakfast/Dinner)
Day 09

After breakfast rest of the day free at leisure. Sunny beaches with golden sands, blue sea, deep green coconut palms, red earth and white houses with tiled roofs, set Goa apart as a paradise for a leisurely beach holiday. For the Goans, life is a celebration- to the melody of guitars and mellow songs. Famous for its cuisine and spirit of joyous fun a holiday in Goa is unforgettable.

In the evening a sea food Barbeque dinner is served by the poolside as you get into the right mood with a live band as well as Goan Folk Dance. Overnight at hotel. (Breakfast/Dinner)

– International/domestic Airfare. – Meals and beverages not listed in itinerary. -Movie/video camera fee at monuments. – Tips and gratuities. -Expenses of personal nature like laundry, telephone calls, portage etc. – Any other service that has not been included into “cost inclusions”.

Talk to our Team Leader

Our team of experts can help answer any questions you might have. Write to us or Make a Skype Call. On average we provide quotes within 6 hours during business hours and the next day during off business hours

You can even talk directly to our CEO who will look after all your travel requirements personally until your travel plan is crafted to match your preferences.